Zero calories, fat, sugar, carbs, protein… then what is it? 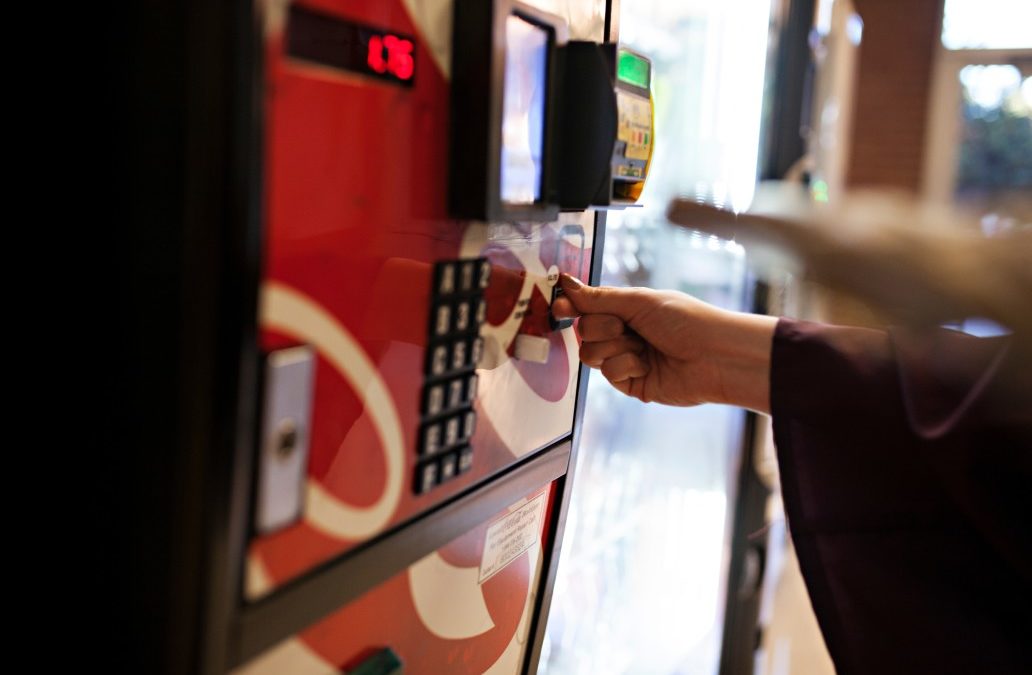 Coke Zero freaks me out.  If it doesn’t have any calories, fat, sugar, carbs or protein, what is it?

Anything that has almost no nutritional value (that isn’t water) freaks me out because I know what went into getting those numbers down to zero.

Manufacturers work inside a triangle.
1. The government has decided what is safe and must be published about a product.
2. Customers decide what we want by what we can see and compare.
3. Manufacturers make stuff.

So, manufacturers make what consumers want within what is safe according to the government.

This is creepy triangle of information.  Manufacturers find out to how change their product so people love it and the required test results come out within the governments requirements.  There is absolutely nothing illegal about any of this.

For example, I assume that the Coke executives decided that they wanted a drink that had no calories but was not water (they already sell that).  Americans love to eat and drink but they hate calories.  So, they launched their chemists and process improvement managers at that goal: “Make something that tastes just like Coke but has no calories.  Big bonus for you if it has no fat or carbs either.”

So, the nerds retreated to the back rooms with lofty goals and lab coats.  Later they emerged from the darkness wielding something that had “Real Coke taste with zero calories (as determined by the current FDA test of caloric content)” and did not kill more than 30% of the mammalian lab animals.
“Dave drank it and he seems OK.”
Hurray!  Bonuses abound.

THIS FREAKS ME OUT!! What did they put in it?

Oh.  What’s that?
• Why does the taste need potassium benzoate as a body guard?
• What are the ingredients in “color”?   It is not a state of mind or feeling.  Color is stuff.  It has content and results other than brownness.  There is a red dye out there that makes some children absolutely loose their minds if they drink it.  I have witnessed this myself (two fold).
• Is there a big vat of goo labeled “NATURAL FAVORS” that the Oompa loompas pour into the Coke cooking cauldron?  Listing natural flavors as an ingredient seems to be their way of saying “Some other stuff ”.
• Aspartame is an artificial sweetener.  Listing another product as an ingredient is like saying that Coke is made of “Coke Ingredients”.  Not helpful.

Hundreds of thousands of people drink A LOT of this stuff every day.  Gallons in some cases.  They fly planes, drive bulldozers, teach children, make explosives.   What is it doing to them?  What will happen if they are all hopped up on Natural Flavors and Carmel Color?

Calories are natural.  They are the whole point of eating.  If it doesn’t have any calories, sugar, carbs or fat, what is it?  It is like “Zero Fuel Gasoline”.

Eliminating one characteristic of food is not as easy as just telling the workers to not add it anymore.  If the fat/sugar/calories came out, what went in?  “Natural Flavors.”

The root cause of the problem is the result of our own success:  American’s don’t need the nutrition.  We can easily get the nutrition we need so we choose to eat and drink stuff strictly for the taste (and caffeine).

But, this may have gone too far.  Everything is being designed for taste and not nutrition.  Hence 2 out of 3 Americans being either Over Weight or Obese.  Imagine if 2 out of 3 Americans were sick with the same illness.  It would be an outright panic.  Not the case for fatness.

My professional advice:
Drink/Eat for taste and fuel.
• If it tastes good but has no nutritional benefit, don’t eat it.
• If it has lots of good benefits but tastes terrible, don’t make yourself eat it.

Also, drink and eat as few things as possible that have to list “natural flavors” as an ingredient.

Here for your Health,